It was just after the first exercise in the mindfulness for autistic adults group. One of the women in the group was sitting with her head down and if you looked closely, you could see that she was crying. When the therapist asked her a question about how she’d experienced the exercise, she didn’t respond at all. It was like she wasn’t listening, wasn’t even there. She just kept rocking back and forth with tears running down her cheeks.

The therapist asked if she wanted to be left alone and that, after a slight delay, actually got a response: some vigorous nodding that seemed like an extension of the rocking, but was probably meant as a yes. The rest of the group then continued with talking about the exercise we’d just done.

When everyone else had had their say, the therapist addressed the unresponsive woman. This time she lifted her head, but she didn’t make eye contact with anyone. The therapist asked her what was the matter, and the woman started flapping her hand near her ear, looking very angry. Then she blurted out: “Words!” There was a bit of confusion at that, but the therapist asked if she was having trouble finding the right words, which made sense. The woman replied with an emphatic “Yes!”

In bits and pieces, the story came out: something about the exercise leaving her far too open to all the noises in the room, in the building, and on the street outside, not being able to self-regulate anymore, and melting down. It was obvious she was very distressed, she even used the words “so painful” to describe the sounds. At that, some of the others in the group nodded. They knew what she meant. The therapist asked if the woman wanted to leave, but she said: “Want to try”. So the therapist said we could all take a short break and that the woman could rejoin the group when she felt ready. She said she was going to go outside, and put on her coat. Someone helped her pour a cup of tea to take with her.

Only I noticed the multitude of angry red welts from where she’d been digging her nails into the back of her hand. 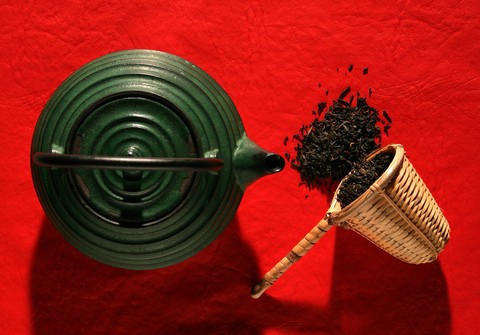 Dealing with a public meltdown. Dealing with the pain of sensory overload. Dealing with the stress of having other people, strangers, see you in your most vulnerable moment. Dealing with suddenly not passing anymore, and wanting to hide. Dealing, coping in the only way that’s still open to you: trying to block the pain by inflicting a different kind of pain on yourself.

Unfortunately I can imagine all too well how that feels.

The welts are still visible on my left hand as I’m typing this.